My time at Tech: a brief recollection.

Following the Beer and Chat evening on 2nd August, Don kindly sent in his memories of school in the ‘good old days’.

When my father returned from Service in WWII, he resumed employment with the Postmaster General’s Department and was posted to Gretna in the Derwent Valley.  At the same time, I completed my Primary School education at Prince’s Street School in Sandy Bay and enrolled at Hobart Junior Technical School in 1946. Over the Christmas break at the close of 1945 the family moved to live at Plenty and my daily commute from Plenty to the Hobart Junior Technical School, in central Hobart, and return began and ran for four years.

The journey normally started with me leaving home at 7 am every school day. Rain, hail, frost or fog notwithstanding, and cycling seven miles to New Norfolk.  There I would catch the rail car to Hobart, stopping at every small station to pick up workers and other secondary school pupils bound for the big city. The journey home each night was a tad more comfortable as the evening train went all the way to Maydena and I was able to pick up my bike from where I had left it at the station at New Norfolk and continue my train journey home to Plenty.

The students travelling morning and evening were many and varied, not all bound for the ‘Tech’.  I recall John Beattie, later a state parliamentarian, who joined the train at New Norfolk, bound for Friends School.  Bruce Goodluck, later a federal parliamentarian, joined us at Dromedary on his way to the Hobart High School in Letitia Street.  A chap named Rathbone, whose father operated a lime kiln on the Lyell Highway, came aboard at Granton. A couple of Tech Boys, amongst them Neil Mayne and Ralph King, joined us in the suburbs.  There were of course female scholars similarly bound for high schools in Hobart. I can recall a couple of tentative romances but certainly nothing serious enough to worry our parents.

The train journey must have offered the opportunity for study, but we seemed to spend a lot of time singing from the song books of the day.  Including a couple of mournful ballads such as ‘Ole Shep’ and ‘You’ll only have one Mother’. At one stage I collaborated with one of the girls to write short stories which we submitted to magazines without success, although she did go on to become a successful journalist on the mainland.

We had only a short walk from the station at the foot of Liverpool Street to the school.  Tech students were not permitted to use the Bathurst Street entrance, so we entered from Liverpool Street, where the Magistrates Court now stands, and crossed the quadrangle under the eagle eye of whichever teacher was keeping watch for late comers, from the window of the staff room.  I got caught once or twice when I missed the rail car and caught a later train, arriving late at school!

Mr Hudspeth was my first headmaster at Tech, followed, after my first year, by F. O. Close.  I recall Mr Hudspeth as being well liked by most students. Mr Close I recall as chain smoker.  When called to his office non-smokers endured not only a reprimand but difficulty in breathing! Other teachers who come to mind are Mr Dunkley (Pinhead), who taught blacksmithing in the bowels of the school, Mr Whitton (Herbie) a maths teacher with a penchant for hurling his blackboard eraser at dullards, Ivo Cracknell, who taught woodworking  (Oh the shame of how much now precious King Billy and Huon Pine we wasted in that class), Miss Yates (Seedy) who taught art, Mr Jensen (Spriggy) and Mr Beckett (Baldy). Mr Beckett informed my parents in an annual report that I was ‘wasting my time’. I also recall a Mr Guthrie who taught electrical basics. Mr Clark, who taught English gave me the best marks I ever had whilst at Tech.

Sports activities took place on the Domain.  Those of us without an interest in cricket or football would lay in the grass and make out we were studying.  Physical education was conducted by Mr Pullen at the YMCA gym in Argyle Street.

It is perhaps worth recording that those of us who gained apprenticeships, returned to Tech for our night school classes.  The blacksmith’s shop where we had been instructed by Mr Dunkley, became a plumbing workshop where I learned to bend lead pipe and ruin perfectly good lead sheet by attempting to mould corners and fashion lead flashings.  Night school theory classes took place in the same rooms that I had frequented as a secondary school student.

Some of the friendships I formed at Tech have endured, although the years are reducing the numbers. Many developed into business relationships and others sincere and personal contacts.

My years at Tech were good days!

Thanks Don – well done! These days most students are dropped off at school.

‘Pinhead, Seedy, Spriggy and Baldy’ – maybe we should start a ‘Best nick name for teachers’ competition.

We’d like to hear from any other Old Boys who have a memory or two to share. Please send contributions using the ‘Contact Us’ tab in the menu. 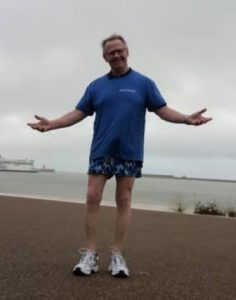 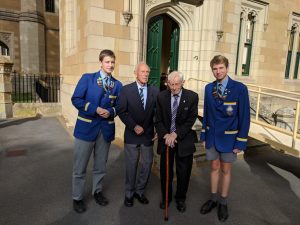